The jarring collision of transgender sports

How do we level the playing field when male-to-female athletes want to compete against biological females? 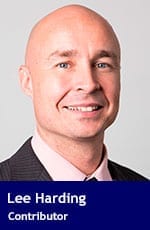 Mixed martial arts fighter Tamikka Brents had never felt anyone or anything like the blows that sent her to the hospital in 2014. Fallon Fox hit Brents so hard that she suffered a broken skull.

Despite the brutal loss, observers didn’t wonder whether Brents should be in the ring. They wondered about Fox, a male-to-female transgender fighter.

“I’ve fought a lot of women and have never felt the strength that I felt in a fight as I did that night,” Brents said in an interview. “I can’t answer whether it’s because she was born a man or not because I’m not a doctor. I can only say, I’ve never felt so overpowered ever in my life and I am an abnormally strong female in my own right. … I still disagree with Fox fighting. Any other job or career I say have a go at it, but when it comes to a combat sport, I think it just isn’t fair.”

In light of the incident, Ashley McGuire, author of Sex Scandal: The Drive to Abolish Male and Female, said, “Twenty years ago, if a man hit a woman so hard that he sent her to the hospital, he’d be in prison. Now he can get paid for it.”

Calling a male-to-female transgender a man is illegal in Canada and banned from social media platforms like Twitter. They must be called a woman because they’ve deemed themselves to be such.

Much of the male advantage over females in athletics is due to higher levels of testosterone and related hormones. As SportsScientists.com explains, the benefits include “lean mass, strength and power, reduced fat mass (thus power to weight ratio), stronger bones, larger hearts, increased hemoglobin mass, skeletal structure, and more.”

It’s part of the reason that in both sprints and marathons the best women run about 11 per cent slower than the best men.

Most sport regulators trying to accommodate trans athletes require them to have maintained lower testosterone levels over the previous 12 months. Is this enough to level the playing field?

SportsScientists.com points to the example of Joanna Harper. Harper was once a male distance runner ranked roughly in the 93rd percentile among men. After making the male-to-female transition and with lowered testosterone, Harper competed and ranked in the same percentile versus females. Harper has documented other athletes’ cases where similar results ensued.

This clearly doesn’t solve all the problems, since hormone levels represent just one aspect of thousands of biological differences between males and females. Besides this, the acceptable range of testosterone for a trans-athlete is debatable. The typical ceiling is usually 10 nmol/L. Last year, the International Olympic Committee guidelines recommended a level of half that but has yet to put those guidelines into effect.

Even so, one year of lower testosterone doesn’t eliminate the physiological changes in developmental years. That’s why SportsScientists.com says “the transgender (male-to-female) athlete poses particular concern for sports like boxing, MMA, rugby, AFL, even basketball, netball and handball.”

And if no requirement for lower testosterone is in place, the playing field is indisputably slanted towards a male-to-female transgender.

Most sport regulatory bodies require more than a simple self-declaration by a male-to-female competitor to compete. Canada is one of the few places where this is all that’s required.

There’s a simple solution that doesn’t require performance-suppressing drugs: divide male and female athletics on the basis of biological sex and not gender.

Gender may be a matter of mind and emotions, even if that doesn’t match the physical reality. But sport is all about physical reality and who objectively lifts more, runs faster or kicks the ball in the net. Couldn’t male-to-female transgenders keep their female identities on the inside but keep their male bodies and compete with men?

The answer is no, for the same reason that males who declare themselves to be transgendered females must also go into women’s washrooms. Although the difference has to do with anatomy, it’s absolutely essential that inward realities supersede outward realities so transgenderism gains social acceptance.

As soon as biological sex is allowed to take precedence over the inward sense of gender, it reinforces the very status quo that the transgender movement tries to undo: that a biological male is male, and biological female is female.

Lee Harding writes for the Frontier Centre for Public Policy.