Indigenous communities see ocean of opportunity in oil and gas

This is part 4 in our series Road to Reconciliation

Editor’s note: Indigenous communities across Canada are learning how to prosper in a new era of co-operation in oil and gas development. Setting aside old grievances, industry, government and First Nations communities are working together to ensure that, as equal partners, Canada’s Indigenous peoples enjoy employment and sustainable growth trickles down to them. 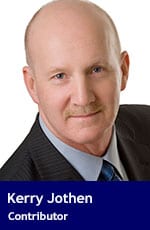 In this unprecedented time of Indigenous rights and title, oil and gas companies recognizing that treating First Nations people as equal partners is a win-win that advances the cause of economic and social reconciliation.

Governments are attempting to facilitate development through economic, employment and business partnerships. This is particularly relevant in light of the United Nations Declaration on the Rights of Indigenous Peoples, Canada’s Truth and Reconciliation Commission, and legal and other developments.

“It’s through economic development, economic reconciliation, that we’re going to find a path back to our true identities and revitalize our culture as Indigenous people,” says Crystal Smith, chief councillor for the Haisla First Nation in northwest British Columbia. She notes that Canada ranks ninth in the world when it comes to living standards but that falls to 63rd for on-reserve communities.

With this in mind, Indigenous communities across Canada are increasingly pursuing economic, employment and business partnerships with oil and gas companies. First Nations, the private sector and governments have shared and unique interests in this form of development.

According to a recent task force report, Indigenous communities increased their access to market capital for business and economic development by more than double, to $5.9 billion between 2003 and 2013. The report suggests Indigenous economic contributions to our gross domestic product (GDP) could reach $100 billion by 2023.

The opportunities are tantalizing.

“Indigenous-owned businesses are 40 times more likely to be involved in the mining and oil and gas sectors than the average Canadian business,” wrote Dale Swampy, president of the National Coalition of Chiefs In the Task Force for Real Jobs, Real Recovery final report. “The extractive sector hires twice as many Indigenous employees and pays on average twice as much in wages as other sectors.”

The main instrument for First Nations to participate in the resource economy has been through negotiated impact and benefit agreements, and similar instruments.

As historian Ken Coates suggests in a recent report, these agreements are driven by a duty to consult and accommodate. In addition, they contain four main components: financial payments to the First Nation; employment and training outcomes; special procurement and business development opportunities; and general assurances of First Nations’ participation in the oversight and monitoring of the resource activities.

Such agreements have been used by many major oil and gas companies and for major projects. For example:

First Nations want to lead land and resource development. And they want to have an ownership stake in economic ventures to address community development, poverty and social needs. This ramps up First Nations’ economic and business opportunities and risks, and goes beyond the typical impact and benefits agreement.

The first major development in Indigenous ownership in oil and gas was a 2017 agreement among Suncor and Fort McKay and Mikisew Cree First Nations. The two nations jointly purchased a 49 per cent stake in Suncor’s East Tank Farm for $503 million.

There are other examples of First Nations equity stakes in energy projects and many more in the works (e.g. Eagle Spirit Pipeline, Churchill pipeline, Woodfibre LNG). A smaller recent energy-related example is Ridley Terminals Inc., which the federal government sold in 2019. In the transaction, the Lax Kw’alaams Band and Metlakatla First Nation obtained a 10 per cent equity share.

In another recent Coastal GasLink project, company owner TC Energy announced it had allocated a 10 per cent equity stake for First Nations. The coalition brought together 13 First Nations investors who want to own up to 30 per cent of the value of the pipeline. A deal could be reached in coming months.

The Trans Mountain expansion project has at least two Indigenous groups proposing to purchase ownership of a portion of the pipeline. Project Reconciliation, an Indigenous-led group, is pursuing majority ownership of the project through an Indigenous sovereign wealth fund. And the Iron Coalition led by the Assembly of Treaty Chiefs also seeks an equity stake, intending to purchase between half and all of the project post-construction.

Yet there are still challenges.

As Ellis Ross, Skeena, B.C., MLA and former chief councillor of the Haisla Nation, said: “Many First Nations do not have the governance continuity or corporate memory in pursuing protracted negotiations on complicated revenue sharing and project equity stakes with resource companies.”

Lawyer Douglas Eyford, who has been involved in project development negotiations for several years, said there are obstacles to increased Indigenous participation in infrastructure development. Those include access to capital, capacity challenges with some Indigenous communities and territorial disputes among Indigenous groups.

“We need a cohesive approach when companies and governments are negotiating agreements with First Nations,” he says.

Nikal stresses the importance of working with groups of First Nations on revenue sharing and other benefits in a holistic approach, rather than “cutting individual deals that can pit communities in competition with one another for partners and contracts.”

Edwards of the First Nations Major Projects Coalition said there are additional challenges: “a lack of Indigenous at-risk capital and scarce resources at the community level for legal and financial experience to manage complicated transactions.”

The federal Indian Act limits First Nations’ access to capital through commercial loans and private investments, and their ability to use assets as collateral for borrowing and obtaining low-interest rates.

Indigenous groups, such as the First Nations Major Projects Coalition, are calling for changes to the act. They want creative financing programs from government and more support to the First Nations Finance Authority, which has provided more than $600 million in loans at low interest rates and other financial support to Indigenous communities.

For Crystal Smith and her community, being part of one of Canada’s largest commercial developments – LNG Canada – is a key part of their drive to ensure sustainable financial independence from governments.

If Canada’s growth in oil and gas development is supported, First Nations will realize long-term economic and social benefits.

Kerry Jothen, BA, MA, is principal of Human Capital Strategies and has 42 years of experience in human capital roles. HCS is one of the longest-standing independent strategic planning, workforce research and strategy development consultancies in B.C.