Driving artificial scarcity is not the way to effectively deploy 5G 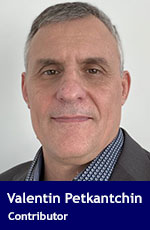 Last December, the federal government launched a consultation for the auction of the 3800 MHz spectrum to help foster the effective deployment of 5G wireless telecommunications. As in previous auctions, the plan is to set aside a significant part of the available spectrum for smaller players, which the main wireless telecom providers are prohibited from bidding on in the name of boosting competition in the sector.

Notwithstanding the seemingly well-intended objective, the government should abandon this policy. Any gains in competition are more than outweighed by higher spectrum costs, slower investment, and, paradoxically, delayed deployment of 5G services, leading to higher consumer prices.

The 3800 MHz spectrum auction, scheduled for early 2023, is a part of the airwaves considered key for 5G networks. Together with the auction of the 3500 MHz spectrum, which took place in mid-2021, and an auction for a much higher-frequency millimetre band to take place further down the road, it is supposed to enable the services that Canadians will rely on for tomorrow’s work, school, health care, and Internet of Things.

So the design of the forthcoming spectrum auction and its outcomes will matter a great deal for Canadians. The proposed spectrum set-aside will once again limit the band and associated licenses that the main national wireless providers (Bell, Telus, and Rogers) can bid for. The declared intent of this policy approach is to subsidize and facilitate the purchase of spectrum by smaller players, such as regional providers or new entrants, given that without the bidding of the main three competitors, set-aside spectrum prices are many times lower than for the normally auctioned airwaves.

But by leaving only a fraction of the airwaves for the main auction, the set-aside policy artificially restricts the part of the spectrum that remains available for the three main providers, whose wireless networks are, as a simple matter of fact, the ones most used from coast to coast to coast by Canadian consumers in their daily life.

For example, the set-aside spectrum represented as much as 40 per cent, 60 per cent, and 43 per cent of the auctioned airwaves respectively in 2008, 2015, and 2019. Concerning the 2021 auction, 50 MHz out of the auctioned 200 MHz were set aside and kept out of the normal bidding process, representing more than 50 percent of all attributed licenses. In the case of the new auction, 50 MHz are again proposed to be set aside.

The main results? While the set-aside policy can hardly be credited with leading to the advent of solid and viable new competitors on the national wireless landscape, Canadian operators have paid exceptionally high spectrum prices, estimated to be up to four times higher than the international average in a comparison of 27 countries from 2010 to 2020. In the 2021 auction alone, the costs of the three leading players represented C$7.3 billion, out of a total of C$8.9 billion collected by the government, the highest in any such auction to date.

Airwave spectrum is a key input for wireless providers and the services they provide to consumers. Such inflated costs are bad news, as they mean that more funds are siphoned off the market. Those billions will be missing in deploying the new technology, and risk delaying Canadian consumers’ access to 5G telecommunications.

Unavoidably, this policy hurts innovation and, contrary to the government’s intent, the intensity of the real competition between the leading players, resulting in higher prices and lower quality of services for consumers in the longer term. According to estimates, if spectrum costs were similar to those paid by, for example, European wireless operators, Canadian wireless rates could be as much as 12 per cent lower. While it remains difficult to measure such impact precisely, it cannot be denied that removing the artificial scarcity and lowering the costs of a major input would allow competitors to deploy or upgrade their networks more quickly. Ultimately, this would lead to lower retail prices and better quality products that would attract consumers away from each other.

The set-aside of airwaves should be abandoned to allow for the efficient (and timely) deployment of 5G networks and services. The government should instead focus on freeing up any possible additional spectrum and releasing it, on a timelier basis, if Canadians are to fully benefit from 5G services.

Valentin Petkantchin is Senior Fellow at the Montreal Economic Institute.