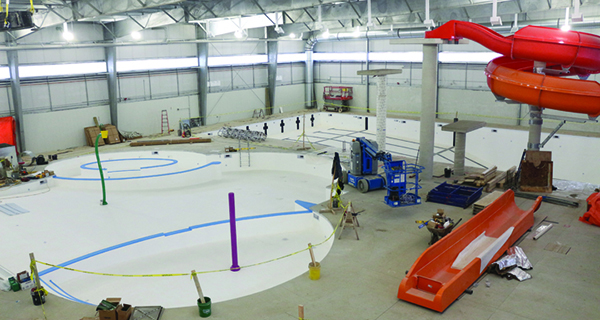 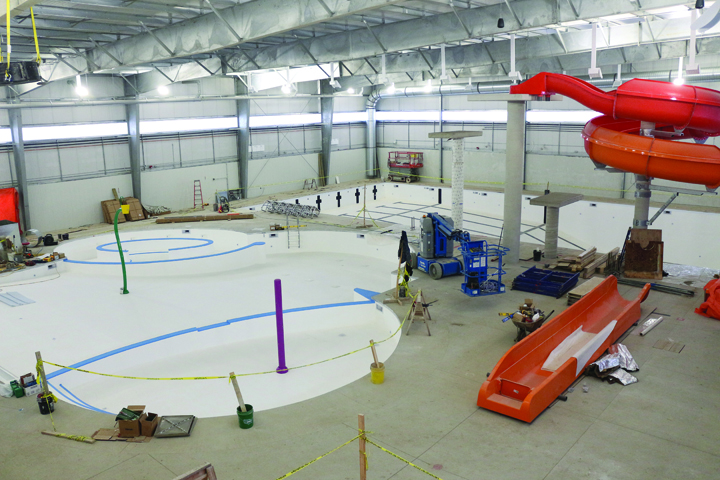 A photo from inside the new Kindersley Aquatic Centre in November shows the features its future users will enjoy once the facility opens its doors. An official says the Town of Kindersley hopes to have a grand opening early in March.

The Kindersley Aquatic Centre is getting closer to opening its doors to the public, perhaps as soon as March 2.

Construction of the facility began in the middle part of 2017, so the project has been ongoing for roughly 18 months. At the end of 2017, the hopes of town officials were to have the facility up and running in the fall of 2018.

Chantelle Benjamin, the town’s aquatics manager, said officials have been looking into a crystal ball for a long time and they have had to keep pushing back the opening date. She said the town hopes to open the facility to the public on March 2 and she is confident it will open near that date.

“I think that’s going to be pretty accurate because (workers are) actually doing some finishing touches,” she said, adding the conversations she has had with the builders suggest that construction should be finished sometime in February.

She noted that the town is planning for a grand opening on March 2, a Saturday, based on the conversations with builders. The aquatic centre has been built by a consortium of Pro-Bilt Structures Ltd., a company based in Kindersley, and Western Recreation & Development Inc.

A project manager from Pro-Bilt Structures has explained that Western Recreation & Development is the aquatics expert and delays in the past have been caused by weather, logistics and waiting for materials to arrive on site.

Benjamin said the potential opening date of March 2 is subject to change because it is a large construction project and things could always happen to delay the opening further. It was recognized that town and project officials want to make sure things are done right to avoid any future troubles.

“All of the pools are filled and they’re being chlorinated,” she said, adding the builders have been testing every pump, along with other mechanical components, and checking for leaks. “We’re working on balancing the chemicals.”

Benjamin said she is confident the facility will be in excellent shape when it opens its doors to the public. The centre is scheduled to see its first action this week when it hosts an aquatic fitness course. The course will educate people on how to provide aquatic fitness programs.

The town had advertised recruitment sessions at the end of 2018 for potential staff, but the sessions were meant for a classroom setting and they did not require the use of a pool. The training was part of becoming certified to work at the centre. 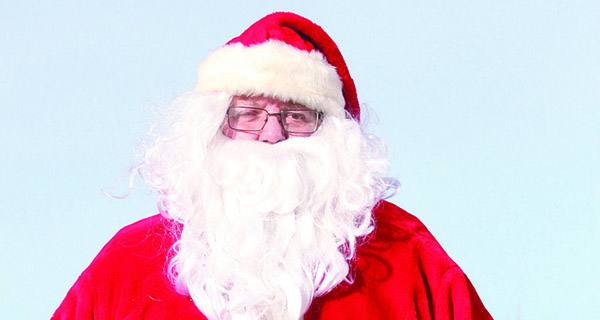 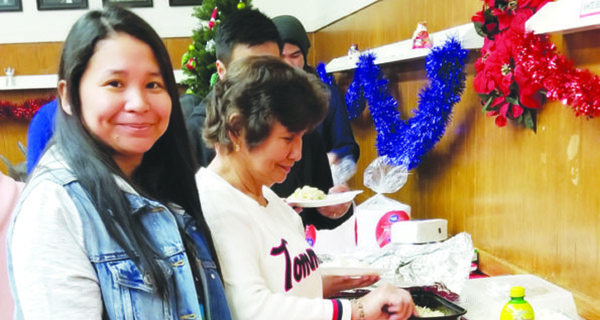 Dreaming of a Filipino Christmas 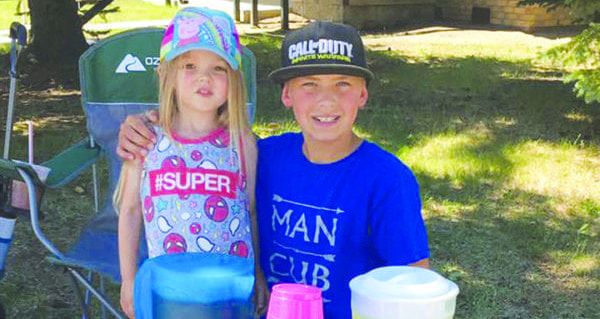 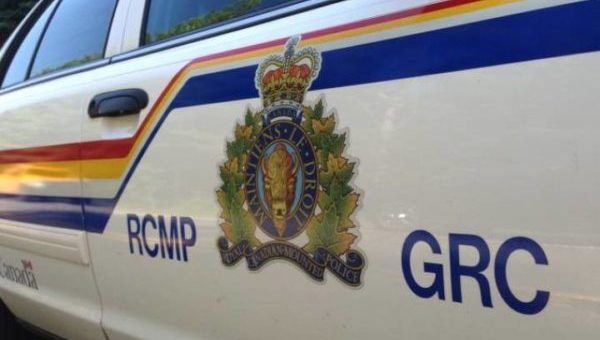